Add Comment
Attraction
Monday, June 23, 2014
List of attractions in Surabaya Most Popular - Surabaya is Indonesia's second largest city, and is also called the metropolitan into two in Indonesia, Surabaya is the capital of East Java province and an important port and trading center for the eastern part of Indonesia. In addition, the history of the city of Surabaya is very important for Indonesia because of its role in promoting the independence of Indonesia during the Dutch colonial state.
List of attractions Surabaya Most Popular, is not a major tourist destination in Indonesia, however, still offers to Surabaya Travelers who stop by on their way to Jakarta or Bali, to visit some of the famous places of interest to visit in Surabaya, Surabaya is also well known that in addition to the number of there are culinary tour around Surabaya.

Here are some famous places in Surabaya Most Popular.


1. Mosque Al - Akbar
Masjid Al - Akbar Surabaya, For you to visit places of worship in Surabaya will show the diversity of religion and culture are widespread in Indonesia. Built in 2010, Al-Akbar Mosque is the largest Islamic mosques in Indonesia and throughout Southeast Asia. One of the tourist attractions in Surabaya, offering visitors to see the sleek architecture compared with other mosques throughout the Muslim world. Majid Al-Akbar had a large dome structure surrounded by similar structures that are smaller than the more traditional tower. Al-Akbar Mosque one of the best places to see the beauty in Surabaya Surabaya city by riding the elevator to the top of the tower visitors.

Sampoerna cigarettes are very famous in the world, and in production at the Sampoerna (House of Sampoerna) in Surabaya, one of the tourist attractions in Surabaya, is a preserved historic site and is home to the Dutch colonial style of architecture that was built in 1862 which became Home Sampoerna in 1932 after it was bought by the founder Liem Seeng Tee. After the restoration in 2003, House of Sampoerna is then made as a house museum, gift shop, cafe and art gallery in addition to the House of Sampoerna is open to the general public to be made in the historic tourist city of Surabaya.
3. Mosque Sunan Ampel

Sunan Ampel Mosque merupkan one of the existing religious tourism in Surabaya, which has spread the religion of Islam at the Surabaya, to date the pilgrims flock to this place from all walks of provincial cities to visit and expect the blessings of the saints who have long died, in this place there are many tomb of Sunan Ampel and his followers.

Flower Market Bratang Surabaya, after a small farmers market, flower market Bratang in Surabaya has grown since 1990. Till this day, Bratang Flower Market has around 200 booths are operated by approximately 65 vendors offering a wide variety of tropical plants, some indigenous trmasuk to the islands of Indonesia. Even if you do not want to even make a purchase at the flower market, you can consider to keep visiting a tourist place in Surabaya, during your stay in Surabaya, if only just to enjoy the smell of fresh aromatic plants and flowers as well as a stunning visual display rainbow displayed the merchants.

Surabaya Zoo was built in 1916, and is one of the largest zoos in Southeast Asia, Tourist attractions in Surabaya is famous for being the first zoo in the world where orangutans to breed in captivity and is home to 4,000 animals from more than 300 species. The zoo offers a chance for visitors to see rare animals such as Sumatran tigers, dragons and crocodiles of Borneo and many others. During 2009 and 2010, more than 300 animals died due to poor conditions at the zoo. For this reason the Ministry of Forestry Indonesia push to take over the Surabaya Zoo and make improvements.

I feel pretty so we made this article, may be useful for your information needs about Tourist attractions in Surabaya Most Popular at east java, This article is made with the pure by Bromo Dream Land.
Tweet

0 Response to "List of attractions in Surabaya Most Popular" 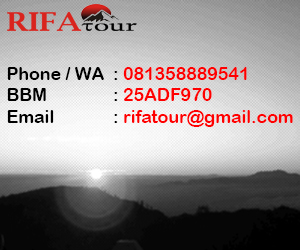 This site was created by Hariyanto Riyan and Yoshiewafa, you can find our main site at www.rifatour.com.
Back to top!
Copyright 2013 - 2019 Bromo Tour Package - Surabaya - Malang - Ijen Crater - Rifa Tour - All Rights Reserved Powered by Blogger